This Arkansas EPSCoR video explains how cutting-edge science is impacting Arkansas’ economy and food production in the United States. 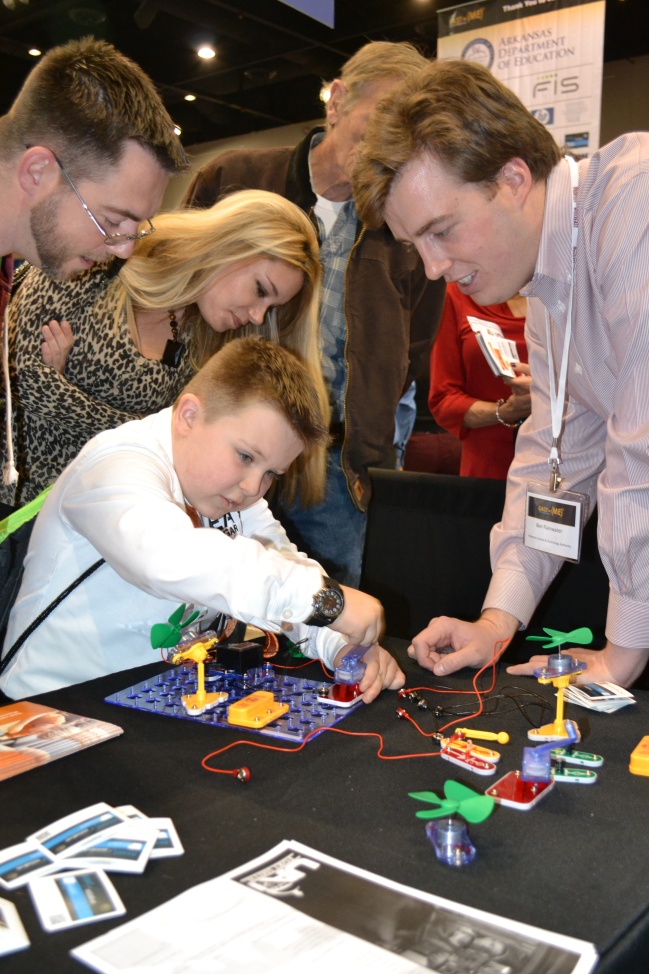 During the Fall 2012 semester I received an unsolicited email from a doctoral candidate in mechanical engineering at Georgia Tech asking me if there were any internship opportunities available at my agency.  I asked around the office and discovered that a few other people had received the same email.  I was intrigued because it’s not often that you see an engineer express a desire to come work for a state agency on outreach and communications types of programs.  Little did I know that hiring Ben Rainwater would open the door to introducing the Texas Instruments LaunchPad to schools in Arkansas like Sonora Elementary through our partnership with the @EASTInitiative.

Rainwater, a native of Little Rock, Arkansas, and graduate of the University of Arkansas’s College of Engineering, first learned about the EAST Initiative during his Spring 2013 #STEM internship with the Arkansas Science & Technology Authority’s ASSET Initiative, funded by the Winthrop Rockefeller Foundation.

After attending the 2013 EAST Conference in Hot Springs, February 27-March 1, 2013, Rainwater reached out to Texas Instruments where he had previously worked with the unit that produces the LaunchPad, a microcontroller development kit that helps you program every day kind of objects to perform a task.  Imagine being able to program a tiny computer to do something like turn off your stove remotely if you forgot to turn it off before leaving for your trip to The Grand Canyon.  After connecting the LaunchPad staff to the EAST staff, Rainwater was able to see one of his ideas take off as several EAST classrooms adopted the technology and put it to use with their 2013-2014 school year projects one of which won the prestigious Founder’s Award during the 2014 EAST Conference held in Hot Springs March 19-21, 2014.